Malnutrition, in all forms, is a major contributor to disease and early deaths for mothers and children. Undernutrition, including vitamin and mineral deficiencies, contributes to about one third of all child deaths, a[...] 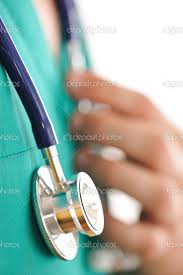 Dr Gray - Why We Doctors Do What We Do

OPINION   Contrary to the popular medical dramas, working lengthy shifts at a public hospital is no walk in the part. DR THOMAS GRAY why doctors soldier on through 24- to 36-hour shifts.   Be[...]

Radiologists Dont Have To Fear Watson. Yet. By Howard Chen, MD

Arthur C. Clark and Stanley Kubrick predicted supercomputers more intelligent than humans.  In 2001: A Space Odyssey, HAL states, with typical human immodesty, “The 9000 series is the most reliable[...]

28th of July, every year is World Hepatitis Day. On behalf of Mr President-Alh Toyosi Y. Raheem, the National Executive Officers (NEOs) and the entire members of the Association of Medical Laboratory Scientists of Nige[...]

Combat Medics Train As They Fight

2nd Armored Brigade Combat Team, 1st Cavalry Division Public Affairs   CAMP CASEY, South Korea - The Army healthcare specialist has another name by which it is recognized by the general public. The co[...]

The main aim of July 28, World Hepatitis Day, is to sensitize and encourage people on how to prevent, diagnose, and treat viral hepatitis infections.   The  Theme for is Prevention  of  Viral he[...]

One Year Without Polio in Nigeria

National Primary Health Care Development Agency in collaboration with Partners   Press Release on one Year without Polio in Nigeria (Embargoed till Friday,24 July 2015)   NIGERIA ON THE ROAD TO POLIO[...]

CPR From Bystanders Can Save Lives

The Avoidable Crisis in the Health Sector BY Abdullahi Sadiq

As you are reading this article, more than twenty federal government-owned hospitals are closed down and activities were paralysed by the industrial action of resident doctors under the leadership of Association of Res[...]

07:56 AM 97% Nigerians Without Health Insurance Despite High Child Deaths – Report

07:43 AM Coronavirus: Lagos Provides Updates On Italian’s Movement In Nigeria

05:55 AM Coronavirus: WHO Declares Outbreak To Have Pandemic Potential

Dear Nurses, Please Fill In This Questionnaire: Your Opinion Is Appreciated!

MUST WATCH: NHIS BOSS LAYS IT BARE ON THE CORRUPTION IN THE HEALTH SECTOR